Okay, so maybe I am a Luddite. Pinterest is “Curated Browsing.”

The “kids” (our name for the real social media gurus in our office who do the real work) have their finger on the pulse of the tech world.  They’ve been talking up Pinterest as a useful new tool to leverage the coverage we’re generating for our clients.

Ever the skeptic, I needed some validation that the numbers make it worthwhile and that the tool has credibility.  So after seeing Gary Vee’s endorsement…scratch that…MANDATE to use it, I flipped over to the believer side.

Here are the deets:

What is it: A virtual bulletin board that allows users to share images and links that they find interesting or inspiring.  These “Pins” can be placed on thematic “Boards” that users can customize for any topic.  Once something is pinned it can be “repinned” by other Pinterest users.  So it’s a bit like a Twitter Retweet, but on steroids, and for normal people.

Has it reached scale yet?  You bet!  Here are some of the latest data reported in Mashable:

-Pinterest is driving more traffic than Google+.  That’s right, it’s leapfrogged Goliath and has become one of the most popular social media portals for consumers to visit prior to visiting retailers’ websites.  According to Hitwise, it’s number 5 behind Facebook, YouTube, Twitter and Yelp…and climbing fast.

I thought a comment on Mashable by Treehouselogic incisively homed in on the strategic value here:  Pinterest’s strength is that it captures passive social media users….the lurkers and readers.  So it’s not necessarily the early adopter types or Twitter geeks, it’s a mainstream tool.  And it works differently than search or Facebook or Twitter…think of it as “curated browsing”.

So is Pinterest perfect?  Of course not.  According to our Anthony King, it’s definitely female-oriented, and because it’s used by a lot of Moms it’s probably wise to err on the conservative side while getting your feet wet. 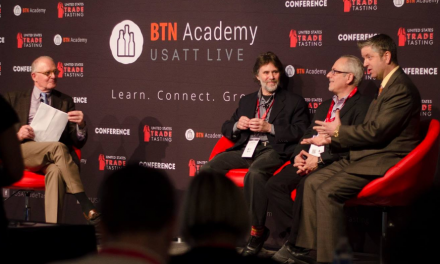