We had a wonderful opportunity last weekend to taste the largest number of old vine Carignans ever assembled in the US.

The tasting was held at Wines of Chile’s offices at Puro Chile in New York City and was the stimulated by a convo  had with Alder Yarrow of Vinography who came up with the idea.  Joining us was Greg Dal Piaz, editor of Snooth; Fred Dexheimer MS, and the event was hosted by Lori Tieszen, Exec. Dir. of Wines of Chile USA.

Some interesting facts (and don’t hold me accountable for the details) about Carignan in Chile:

Some of the wines we tasted were produced by a group called VIGNO which is trying to establish rural Maule in the mind of the world wine cognscenti. There rules require:

I was particularly pleased to taste some of the wines produced by the Garage Wine Co., a project of Derek Mossman Knapp, a transplanted Canadian I met at lunch on a visit to Chile two years ago.  Derek’s a former ad guy turned passionate winemaker, and I was pleased to see that an ad guy really can produce something of substance and value.  Thanks Derek…it gives me something to shoot for.

Jancis Robinson had written a nice piece on VIGNO in her Purple Pages.

US Drinks Conference Links with WSWA 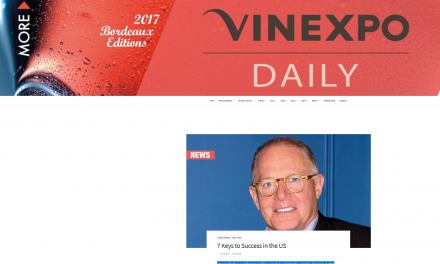