She’s about 5’ 2” tall and about 95 pounds soaking wet, but Stevie Kim’s impact is belied by her physical stature. She is the driving force behind the recent success and growth of Vinitaly. (And, oh by the way, in her spare time she’s also managing Vinitaly’s wine pavilion at the upcoming Expo Milano 2015 in May.)

As part of Vinitaly’s outreach to the global wine community Stevie has conceived a number of innovative initiatives including Opera Wine, Wine Hackathon, Vinitaly International Academy (VIA) as well as Vinitaly on the Road, the New York event stop being one at which I’ve had the pleasure of speaking.
While New York dodged a bullet on Tues from the second annual Storm of the Century, Jan. 27 also is notable in something else that didn’t happen—a walk around grand tasting.

For the first time in my experience an international wine event in New York was planned to meet the needs of the market in which it was to take place, as opposed to the mistaken belief in grand tastings by trade marketing consorzia (aka “Generics”) and EU funding authorities.
Instead the VIA planned an event titled “A Study of Sangiovese,” a Focus Level Seminar. Because of the snow event it has been postponed till Jun 2. The session will be led by Dr. Ian D’Agata who is the author of “Native Wine Grapes of Italy.” The seminar will explain and illustrate the tapestry of terroir and the impact of aging expressed by 15 spectacular wines of vintages from 1974-2001.

The bad news was that the event had sold out for its initially scheduled date, but I’m hoping for an invite for the June 2 rain date. Some of the fabulous wines to be exhibited include the Chianti Classico Riserva Rancia by Felsina in three historic vintages, and the 1974 Montesodi Chianti Rufina by Frescobaldi.

Lucky for the Toronto wine geeks, the seminar was held there after being aborted in NY, another first for Vinitaly Canada and homecoming for Dr. D’Agata who’s Canadian born and bred.

There’s more than one way to skin a cat 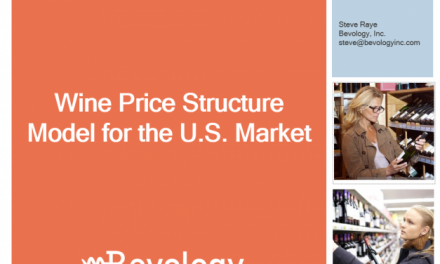