The Most Amazing Wine Bar in the World: Getting There is half the fun.

That’s right, my first…and only…pick for a wine bar that will blow your mind.  The real estate folks say “location, location, location.”  Well, Faust Wine Bar in Budapest not only has the most fabulous location, but getting there is half the fun.  It’s tucked away at end of a labyrinthine pathway in the cellars of the remains of a 16th Century Franciscan church that also happens to be part of a modern Hilton Hotel in the Castle District on the Buda side of Budapest.  We’ll get back to the wine bar itself shortly, but it’s the path you have to follow to get to this place that is equally as fascinating as the wines on the list.

There’s a small sign on a stand and an arch and doorway that seems pretty normal, but definitely downstairs.  You’re wondering if it’s open when you arrive at another sign in front of a wall built of bottles, and some gold leaf lettering on a window reading “Faust Wine Bar”.     But this isn’t it; it’s just the sign telling you to keep walking.

This leads you through a winding hallway with remnants of the church on display, including the red marble traditionally used for gravestones.

We’re at the church’s foundation level, but we continue down some more stairs.

Wondering if the place is open, we come to a very old door

with some modern signage; enter and walk down another flight of steps and it starts to feel like the “Faust” name might be a harbinger…you feel like you’re walking into the bowels of the earth with stonework that is getting older and rougher in appearance.

Down another flight of stairs decorated with plastic grapevine and you’re greeted with a tableaux of a desk with wine bottle and glass and a  straw dummy…from the top of the stairs, you could swear it’s a real person until you get closer and see that it’s just a set.

Feeling a bit more confident that the place might be open you see another archway and think, I must be there.

But no.  Take another hard left through a very, very, very old wooden door with old iron hinges and there’s another hallway and the stonework becomes much older and rougher.  Old looking wall sconces through off a dim light evocative of what this must have looked like pre-electricity.  And there’s another hallway, and another flight of steps….going down.  At the end you see a few white Christmas lights and you think, well this must be it.

Nope!  Down a spiral staircase, to an entranceway that would do Edgar Allen Poe proud.  Two display cases frame a doorway that is up about 5 steps and lit just

dimly enough to frame a tantalizing glimpse into the tasting room.  Whew!  It feels like you walked about a quarter of a mile, and about 100 feet down.  Enter the tasting room and you are in a small (50 x 20 feet or so) cellar reminiscent of the Canava caves in Santorini, only this one is has an arched ceiling carved out of the very bedrock of Castle Hill.  Eroded wall niches

are richly lit with candles giving the room a warm, but moody ambience.  Against the far wall are some built-in racks to store the wine, and a small service table to the left of the entrance.  No running water, no internet, the only inkling of modernity are the small electric lights on the racks and the mandatory sprinkler piping for the fire suppressant system. As you walk in you hear “szívesen látott”  Welcome! In Magyar (a language which is said to be related to Finnish, but there are a couple of of Finns in the wine bar who tell me that’s what they heard to, but it’s unrecognizable to them) and you’re greeted by the bright smile of Gabor Nagy

, the proprietor who leases the space from the Hilton.  He explains the place has been open only two years, and yes, it’s a bit of a challenge to get to (think how hard it is to get inventory down here!)   but pretty nice when you do arrive.

Check it out next time you’re in Budapest…www.gbwine.eu

Whither the Future of Journalism 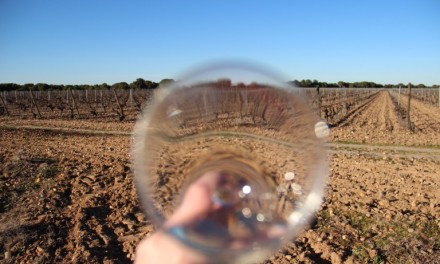 “Terroir” Being Redefined by Social Media: from “where produced” to “where consumed.” 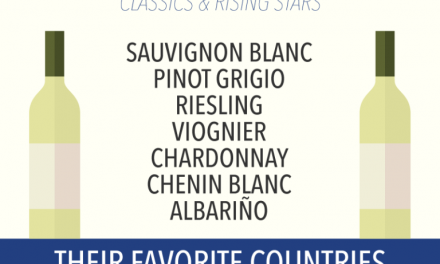