Tales Tattles Day 3: “If by Whiskey”

So now we’re getting into the swing of things…I had done a little spirits training on Tues. nite at PDT in NY, and we now have two more days of drinking beginning at breakfast when it dawned on me. How come in the wine biz there are spit buckets all over the place and nobody swallows, but in the spirits bidness there are none to be found? The people I asked said because the spirits folks are more fun…I wonder if that is a cause or effect?

We attended a fun seminar run by Charlotte Voisey of Hendrick’s where they did readings of cocktail references in literature, from Kafka’s Metamorphosis (in full cockroach costume no less!) to my favorite, “If by Whiskey” which I’ll paste at the end of this post. I had used it as an intro to some presentations I used to make in my days of legit work at Heublein.

And while I was laughing at the lit references and tidying up the ppt for my presentation in the next half hour when BOOM, my computer froze! Luckily we were able to retrieve the file through the efforts of the always reliable Anthony King back at the home office.

The session I participated in was on using Blogs.
It was moderated by the newly hirsute Paul Clarke of Cocktail Chronicles

and Serious Eats and originally planned to have Jeffrey Morgenthaler as well, but he had to bail at the last minute for some paying client responsibilities. Bobby Heugel of Drink Dogma was kind enough to fill Jeff’s rather large shoes and gave us some really good insights from the other side of stick. Lindsey Johnson and Leo Borowskiy of Lush Life NY were doing live video streaming of the session.

We skipped dinner that night and moseyed on over to the W Hotel, site of the On the Fly Competition (more like the running of the bulls in Pamplona) ostensibly run by Jeffrey Morgenthaler, but it seemed to me like it was run by the inmates of the TOTC asylum. We saw Chantal, bartendress extraordinaire from Vessel in Seattle there, and then later again that night at Napolean House, and she was also at Herbsaint…was she following me?

Then off to Pat O’Brien’s on the river for the Leblon affair…some 20 stations manned by the USBG superstars each with their own cocktail concept. I liked the one with candied hibiscus flowers best. Steve Luttman and Jamie Keller had the crowd well in hand aided by a bouncer at the door brandishing a giant stick of sugar cane at misbehaving revelers.

My mission on this trip was to have a Sazerac at Napolean House which for some reason was never open when I went by last year. We finally lucked out (maybe they didn’t know I was planning on coming) and I chowed down on a half Muffalatta while Sam made do with soup, salad and a Pimm’s Cup.

And so to bed.

Noah S. “Soggy” Sweat, Jr., to the Mississippi House, April 4, 1952.
(Don’t ya just love the guy’s name! Perfect for Mississippi and New Orleans in July)
I’ll take a stand on any issue at any time, regardless of how fraught with controversy it may be. You have asked me how I feel about whisky; well Brother, here’s where I stand:

If by whisky, you mean the Devil’s brew the Poison scourge, the bloody monster that defies innocence, dethrones reason, creates misery and poverty, yea literally takes the break out of the mouths of babes; if you mean the Evil Drink that topples men and women from the pinnacles of righteous, gracious living into the bottomless pit of despair, degradation, shame, helplessness and hopelessness—then I am certainly against it with all my power.

But if by whisky, you mean the oil of conversation, the philosophic wine and ale that is consumed when good fellows get together, that puts a song in their hearts, laughter on their lips and the warm glow of contentment in their eyes; if you mean that sterling drink that puts the spring in an old man’s steps on a frosty morning; if you mean that drink, the sale of which pours into our treasury untold millions of dollars which are used to provide tender care for our little crippled children, our pitifully aged and infirm and to build our highways, hospitals and schools—then Brother, I am for it. This is my stand. 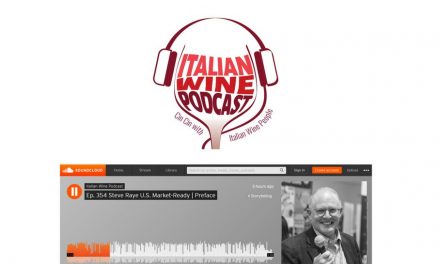 Sipping and Spitting at TOTC and AWBC

Link to The Drinks Business article on distributor consolidation