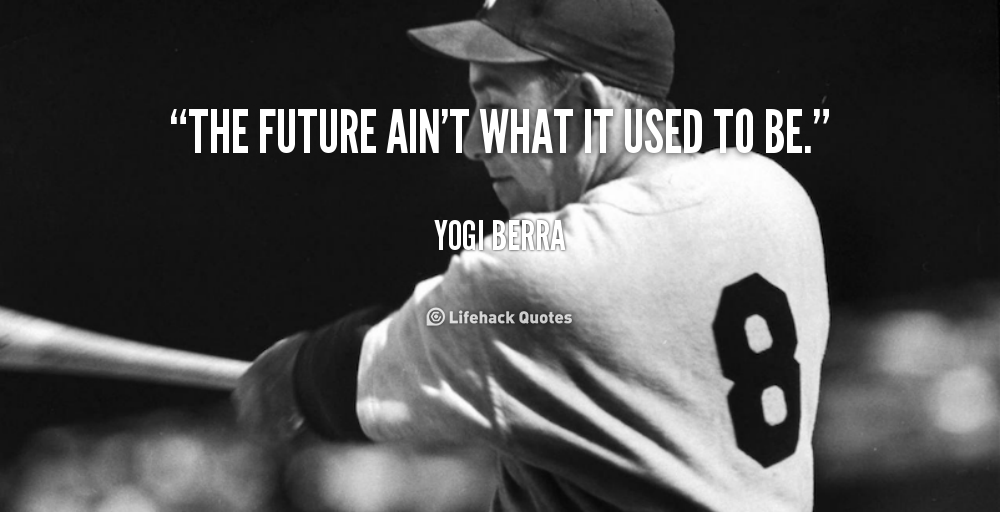 Prognostications on what’s next.

Yogi Berra might have garbled a few thoughts, but this one was a home run. Change is inevitable, accelerating and getting much more challenging to adapt to. So, in the theme of year-end predictions, here are some conjectures on what’s coming at us.

With MA, CA, OR, NV, CO and ME (Maine? Really?) on board, it’s probably safe to say more will follow. Given the dollars at stake, that will drive the feds to figure out a solution to change a cash business into one that can legally use banks and credit. My business focus is wine and spirits. And it seems to me the most logical, and politically acceptable solution to regulating the new marijuana industry will be to bolt it on to the existing “Three Tier System.” I say this for a couple of reasons: 1) It makes sense, 2) A regulating infrastructure/bureaucracy already exists, 3) Existing procedures for collecting taxes are in place at the state level.

2. The “Old Guard” of Consumer Magazines Need a New Paradigm

We’ve seen a decade of efforts to prop up an industry whose relevance is being challenged by Kindles, smartphones and social media. Hey, I still like to pick up a magazine and flip through it, but at its best the process is archaic. Content is by definition days old and reader interest is in large part still determined by demographics and psychographics. More importantly, physical distribution via snail mail embeds costs that are simply not scalable in a world where reader growth of news sources is counted in orders of magnitude rather than single or double digit changes.

On the flip side there are a couple of compelling reasons for certain aspects of it to survive: Photography that’s more than a quick visual fix, journalism by professional writers and editors using things like fact-checking, secondary validation of quotes.

Don’t get me wrong, I went to J-school, so all this stuff (and grammar…and spelling) is really important to me. I think the challenge the communications industry faces is how to manage in a new world where distribution is no longer limited or controlled by access to printing presses by an elite few. We are now in an era where everyone can be a publisher, but the corollary is certainly NOT true, that everyone who publishes, is a journalist.

3. Star Trek Got it All Right

It has occurred to me that Star Trek was even more than the incredibly visionary bit of entertainment fluff than I used to think it was. Pretty much everything they showed has come into daily use: phasers, check; real time non-invasive medical imaging, check; interplanetary space travel, check for machines, soon for people. So one thing left is to figure out a way to “Beam me up, Scotty.” Think that’s not going to be possible? Read #4.

Scientific advancement is moving at warp speed and though we’ve plumbed the depths of physics both cosmic and atomic, we still haven’t figured out just what the heck gravity is. It’s sort of like the judicial description of pornography: I know it when I see it, but I can’t define it…yet. Given the fact that the discoveries of plate tectonics, black holes etc. happened in my lifetime, I’m really hoping somebody figures out this “Theory of Everything” while I’m still around. After this year’s election, I’m getting really nervous about what’s keeping my feet on the ground.

I’m in the wine industry and I get asked all the time for wine recommendations. A friend of mine told me a story about when he first got into the business. Back when sommeliers were uncommon, imperious and French, he asked the one lording it over the Boca Raton Hotel dining room, “What’s the best bottle of wine?” The answer: “The one I just sold.” Let’s not forget, we’re all in the business of selling: things, ideas, ourselves.

If you really want the prediction on what’s next for wines: keep an eye out for Chenin Blanc, Cabernet Franc (both particularly from South Africa), and the noble Riesling which has been waiting patiently in the wings for the past 30 years to be appreciated in the U.S.

This one has got me stumped. There is no point of reference, but it’s looking a lot like government by whim supported by Twitter bullying. However I’m reminded of one of the stories I heard about the Mad Men era, a quote from Bill Bernbach of Doyle, Dane, Bernbach: “Hey, maybe he’s right.” We can only hope.

Spec Creative: Not a Good Strategy 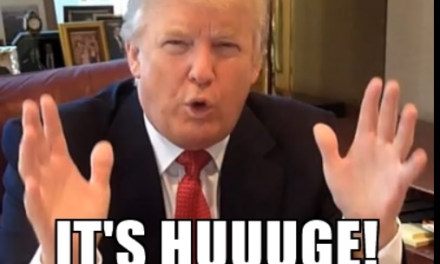