I’m at the airport ruminating on this year’s WSWA. It was mentioned that there were about 200 fewer attendees than in years past and that companies like Southern Wine and Spirits only brought one or two folks from each state. Add to that the recent wide scale layoffs at the big suppliers, and I expected more doom and gloom in the air. But in spite of that it was still a busy and lively affair and the general mood was upbeat. New brands, new growth, new relationships, new opportunities.

The traffic at the exhibition booths was pretty good. I saw a bunch of repeat brands, but not nearly as many new tequilas or vodkas as we’ve seen in years past. They had the wine section separated from the spirits and it was poorly signed and at the end of the hall, so traffic was very light. Were I an exhibitor I’d be asking for a refund.

Most of the business at WSWA gets conducted in the suites and in the hallways among folks who are already doing business together, so we often see a lot of newbie suppliers coming to the show thinking it’s like VinExpo or the London show. It’s not.

I asked most of the exhibitors why they were there, and uniformly the response was to find an importer and distributor. There is very little awareness that WSWA attendees are not at the show for the purpose of finding new brands. The good news is that each of them is a prospective attendee for the USDC…we put it on to help people just like them figure out the right way to crack the US Drinks market.

US Drinks Conference
We had a mini USDC session attended by about 20 folks with a few participants who had attended in the past. Our goal was to get feedback on our agenda and format for this year, and it was very successful. The conference will be held in NY on Oct. 13/14 this year and details are at www.usdrinksconference.com. I was pleased to get a commitment from Rob Cooper of St. Germain to participate in the spirits panel. And I got some positive feedback from Gary Vaynerchuk of www.WineLibraryTV.com fame that he might speak as well…I saw him at the Boston Wine Expo and he is a tsunami of fresh air in an industry that needs some shaking up.

We’re also doing well in sponsorships for this year’s event with almost all of last year’s sponsors reupping including Just-Drinks, Beverage Media, Nixon Peabody, and Western Carriers. Also coming on board as sponsors this year are JF Hillebrand and Drinks International Magazine.

Ecommerce
We’ve been working to develop ecommerce solutions for many of our clients and have been spending a lot of time analyzing the current options including Amazon.com. Tom Wark of SWRA and Fermentation recommended I talk to the folks at the Inertia Beverages (www.intertiabev.com) and I spent some time at their suite and think they have a great concept. I still have to do some digging to understand it better but it sounds like an interesting option for both direct to consumer sales and direct to trade (e.g. supplier to restaurant) .

I spoke to a lot of folks about the work we’re doing in Social Media Marketing and while our industry might be a few years behind the times, it is catching on. Lots of interest in the subject coupled with an acknowledged lack of understanding of what it is, how to use it and what it can do. We now have two people working full time on SMM plus me, and are looking to hire and train a third as our business expands. I was telling folks about the US Wine Bloggers Conference and the European Wine Bloggers conference, and I think they’ll both become significant events. I’m bummed I can’t go to the former because I’ll be in Greece on vaca, but Laurie Tadayon, our new wine SMM manager will be representing us.

For those of you interested in some examples of social media marketing tools, you should pull up a stool at the bar and check out the Thursday Drink Night event at http://www.mixoloseum.com/barstool.html on Thursday, April 30 at 7PM

I also saw Ann Tuennerman who runs Tales of the Cocktail (who was seriously engaged in the tasting competition) and I’m looking forward to attending that in July where I’m on the blog panel discussion with Paul Clarke (www.cocktailchronicles.com) and Jeffrey Morgenthaler of the eponymous blog. Cyril Necker who produces Girl liqueur was also there…I think that product is a grand slam home run just waiting for the right entity to recognize it.

And to add a bit of “aren’t I cool” to this post, Bill Earle lf NABI invited me to join him on a U.S. government sponsored trade trip to Georgia (the country, not the state). The timing is lousy though…I’m going to be in Austria on a Wine Summit tour for the Austrian Wine Marketing Board the next week and can’t really justify being out of the country for that long. 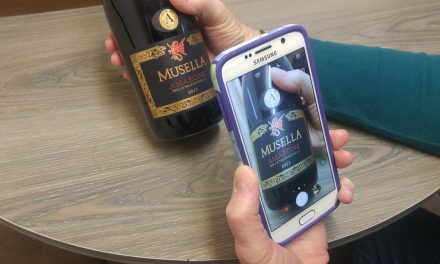 Don’t Make Prospects Come to you; Go Where They are Already Gathered

Wingin my way to N’awlins for Tales of the Cocktail